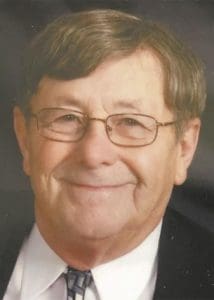 Rick passed away on Tuesday, July 10, 2018, unexpectedly at his home, at the age of 77. Rick worked construction jobs ranging from diesel mechanic to welder and heavy equipment operator. He was proud of his work on Dworshak Dam, the Alaskan pipeline and eventually owning his own backhoe andconstruction company, R & K Construction.

In the mid-1980s, Rick began his more-than-thirty-years of service to the Port of Clarkston rebuilding the crane for the Port of Clarkston. His position was elevated to first to Operations Manager and then Port Manager. He continued his work there until his retirement in 2006. He was elected as a District 1 port commissioner with his first term beginning in January 2008; he held this position until his death.

Rick served on the boards or in officer positions for the Clarkston Chamber Board, Lewiston Sunrise Rotary Club, Washington Public Ports Association, and Pacific Northwest Waterways Association. He was a proud member of the Nez Perce Masonic Blue Lodge and the Scottish Rite Bodies. He was passionate about the brotherhood of the Masonic Order and the Shrine Hospital.

Rick Davis was a true friend of the Port of Clarkston, and we are very grateful to have had the opportunity to spend time with him. As always, Rick was bursting with enthusiasm for his port, his community and the river system. We will miss him.