If we truly want to save salmon, we need to heal our oceans.

If we genuinely want our clean energy future to include everyone, we need it to be affordable.

To do both, the Northwest needs the lower Snake River dams. 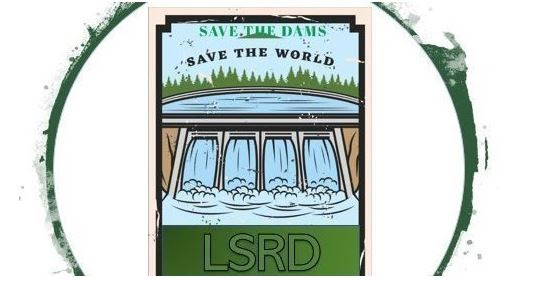 We urge you to support a clean and equitable energy future because we are stronger when we join together.

Sign The Petition Here and send the link to your friends and colleagues!

The draft EIS documents the evaluation of the long-term effects of the operation, maintenance, and configuration of the 14 federal dam and reservoir projects that comprise the federal Columbia River System. It is the culmination of nearly four years of analysis by the U.S. Army Corps of Engineers, Bureau of Reclamation and Bonneville Power Administration. Their operation of the dams and locks on the Columbia and Snake rivers enable the Northwest’s supply of clean hydroelectric power and ability to barge goods from the nation’s most inland port in Lewiston, Idaho, to locations throughout the Northwest and abroad.

“The Columbia River System is the lifeblood of our region,” said PNWA Executive Director Kristin Meira. “It supports tens of thousands of families, moves our food, raw materials, fuels and more, provides us with 90% of our renewable energy, prevents flooding, and represents innumerable cultural and recreational opportunities.”

“PNWA appreciates the federal agencies’ approach to developing a preferred alternative that balances the many uses and resources of our river system,” said Meira. “We also appreciate that dam breaching is avoided as an extreme measure that would have very negative consequences to our Northwest communities and little benefit to fish recovery.”

PNWA commissioned an independent evaluation in December 2019 that found that removal of barging by breaching the Lower Snake River dams would cost the U.S. $4 billion over the next 30 years. Removal of barging as a highly efficient mode of transportation would also lead to a significant increase in carbon emissions that would contribute to climate change and jeopardize health, safety and livelihoods in already economically fragile local and regional economies.

Some advocacy groups have called for breaching the Lower Snake River dams as a way to increase salmon recovery. PNWA highlights federal data showing that dams in the system have world-class fish passage facilities that see over 95% of salmon pass each of the dams on their journeys up- and downriver. Although salmon populations face other challenges, removing the Lower Snake River dams would have marginal salmon recovery benefits at significant cost to the region.

“Breaching the Lower Snake River dams is not an option for maintaining balance in a system that powers our homes and businesses and feeds our communities in so many ways,” said Meira. “We urge everyone who believes we can have both healthy rivers and healthy communities to share their perspectives during the draft EIS process.”

Today’s release of the draft EIS kicks off a 45-day comment period, during which anyone interested in the evaluation, its findings, and the preferred alternative can submit their input for consideration and inclusion in the final EIS. The comment period ends April 13.

“We need all voices to be heard, as the outcome of this EIS impacts us all,” said Meira. “If you want to keep jobs, reduce the risk of climate change, keep growing our economy, and protect our environment, this is your chance to get involved. It’s critical to our region’s future.”

To review the draft EIS and provide your comments, visit the Columbia River System Operations Web page at https://www.nwd.usace.army.mil/CRSO/.

For more information on the clean energy, efficient transportation, farm irrigation, fish passage and other benefits of the Columbia-Snake River System, visit www.pnwa.net/rivervalues.

The Pacific Northwest Waterways Association is a non-profit, non-partisan trade association of ports, businesses, public agencies and individuals who support navigation, energy, trade and economic development throughout the region. Learn more at www.pnwa.net.

The release of the CRSO DEIS symbolizes an important moment for the Northwest and is the most extensive study completed in the history of the Columbia River Basin. It represents a body of work that required four years of input from federal agencies, Native American tribes, and the states of Oregon, Washington, Idaho, and Montana.

We appreciate the balanced approach required by the National Environmental Policy Act, which requires a comprehensive analysis of the potential environmental, fish & wildlife, and social impacts of a proposed operation. This analysis specifically examined the costs and benefits of breaching the four lower Snake River dams.

The nearly 5,000-page report concluded that the environmental and societal costs of dam breaching continue to outweigh the theoretical and potentially modest benefits to salmon in the Snake River.

The DEIS confirms that the lower Snake River dams are critical to the clean and equitable energy future of the Pacific Northwest. It shows that the cost to replace the different energy-related capabilities of the lower Snake River dams with other zero-carbon options would be approximately $1 billion annually and could increase the average residential customer electric bill by 20% or more.[1]

We are pleased that the report confirms the importance of the lower Snake River dams to the region’s clean energy goals. The report shows that If the dams were replaced with natural gas resources, it would add an additional 3.3 million metric tons (MMT) of CO2 to the region each year–a 10% increase in the region’s power-related emissions. Part of the reason for this increase in CO2 emissions is that the lower Snake River dams are vital for their ability to help safely add new intermittent resources, such as wind and solar power to the grid. They can store water and release it past hydro turbines, when needed, to fill in the gaps for wind and solar power, keeping the grid in perfect balance. Without the dams, natural gas generation becomes the least expensive alternative to providing balance to the system.

It is well documented that thousands of megawatts of coal plant retirements have pushed the region to the edge of possible blackouts. The DEIS demonstrates that without the lower Snake River dams in place, the threat of region-wide blackouts would double.

The loss of the lower Snake River dams would be devastating to the diverse communities that depend on agricultural jobs made possible by irrigation and barging. The DEIS estimates that dam breaching would result in $458 million of lost social welfare from the inability to irrigate farmland.

These communities anticipate that the effects would ripple through education systems, social welfare programs, and local economies as a result of increased costs and job losses.

This DEIS’s conclusions on fish and wildlife are consistent with past findings that show that the lower Snake River dams do not jeopardize the existence of threatened and endangered salmon species that navigate past them.

While we appreciate the report’s findings and the complexity of effort involved in putting together such an analysis, we do believe there is still room for improvement.

While we acknowledge the significant effort put into the DEIS, we do believe there is still room for improvement. Many regional stakeholders have been calling for collaborative solutions. We believe there is an excellent and meaningful opportunity to come together around the critical issue of avian predation. Predatory birds may be responsible for as much as 50% of juvenile salmonid loss in areas of the Columbia River Basin.[2]

We appreciate that the DEIS Preferred Alternative does address some issues related to avian predation, but there is significantly more opportunity to bolster the plan to reduce this major threat to the future of healthy Columbia River Basin salmon populations.

Northwest RiverPartners will be providing input during the public comment period that encourages a deeper examination of these key issues.

[1] For the millions of customers who get their electricity from utilities served by the Bonneville Power Administration.